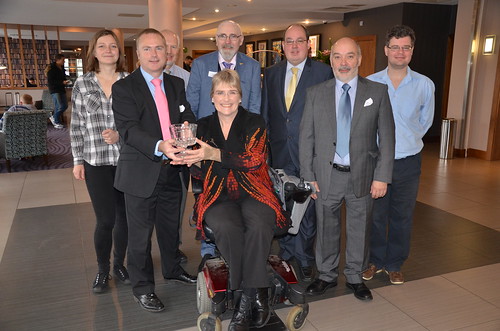 Lib Dem North East Regional Conference was held in Gateshead today, at the Jurys Inn on the Gateshead Quays. It was the best attended for years and there were lots of new members there in addition to the familiar faces. I'll post about the key debate on devolution on another day. However, the annual awards were announced and I'm pleased to say for the second year running, Gateshead got the award for campaigning. We were presented with the Alisdair Wardlaw Memorial Cup by Lib Dem National President Baroness Sal Brinton. 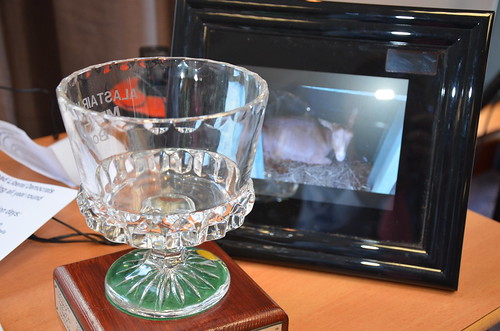 That's the award above, on the Gateshead stand - which we ran to encourage more people to come to Gateshead to help with our campaigning. And yes, that's Pinkie, one of my goats, in the photo frame. I had 2 photo frames on the stand, one showing pictures of our campaigning, the other showing pictures of Pinkie, one of my goats, who has a significant fan club following among North East Lib Dems. It did the trick of getting people to stop at the table and sign up to helping us. 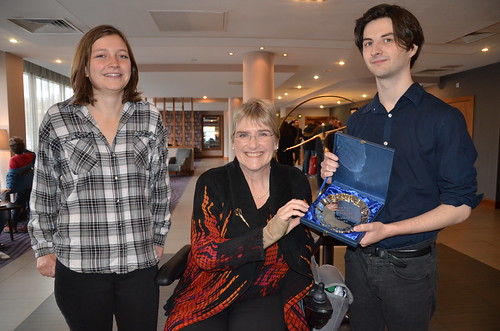 I'm pleased to report that Cath Smith and Tom Hancock, who used to work for us in Gateshead, got individual awards for campaigning. Cath is just back from Canada where she helped the Liberal Party campaign. 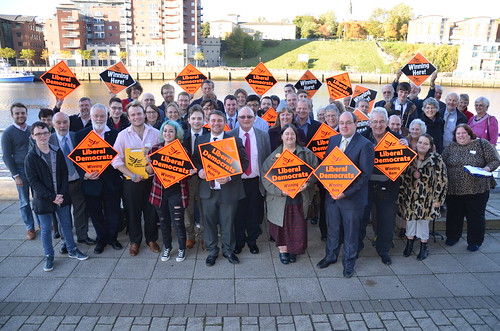 At the end of conference, some of those attending were rounded up for a group photo. Sadly, I'm not in the picture. After all, someone had to operate the camera!
Posted by Jonathan Wallace at 11:11 PM

Well done, especially to those who got individual awards.