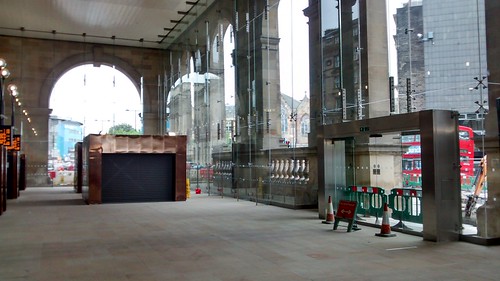 I had to pop over to Newcastle this morning, after a meeting at Gateshead Civic Centre, to pick up some rail tickets. For the first time I was able to go into the redesigned portico at the front of Newcastle Central Station. Once the taxi rank and drop off and pick up point for passengers (I am no longer having to do that every week to go to London thankfully), the portico is now enclosed and is a ticketing area. Network Rail have done a good job. 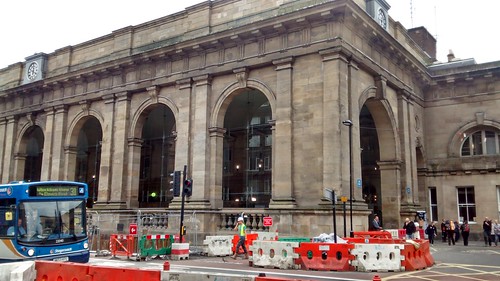 The final improvement will come with the transfer of East Coast Trains to an owner committed to running a good, competitive service. Hopefully, the ghost of National Express and their botched handling of the line will be laid to rest. In my 10 years of travelling to and from London from 2000-09, I rate GNER the best. The service was well run, I rarely encountered problems and the tickets were reasonably priced. National Express were as disaster. Trains were cancelled on a regular basis. The service went down hill. East Coast Trains, the present operator, run a good service but prices of unregulated fares have risen considerably.

We await the decision on who the new operator will be - we will find out early next year.
Posted by Jonathan Wallace at 10:17 PM