Award for Frank at Gateshead Conference

My predecessor as Gateshead Council Group Leader, Frank Hindle, was awarded the Regional President's Award at North East Lib Dem Conference held in the Jurys Inn, Gateshead Quays, on Saturday. Well done Frank! He has put in a huge amount of work over the years for the party, not just as a councillor and group leader, but also as a Parliamentary candidate, agent in the European elections and more recently as our lead person co-ordinating the Lib Dem responses in the North East to the Boundary Commission's review of Parliamentary constituencies. 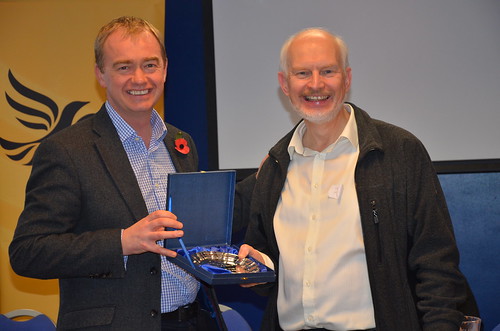 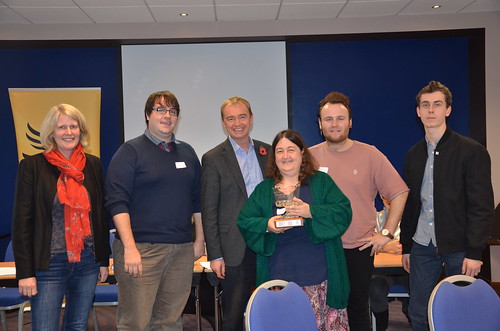 The awards were presented by Lib Dem Leader Tim Farron MP. Wearside won the Alisdair Wardlow Cup following their spectacular gain of Millfield from Labour in this year's local elections. 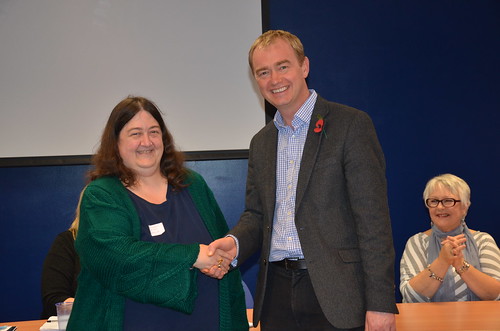 And the winner of the Frances Foote Wood Award, for an individual who has put in effort well beyond the call of duty, went to Meg Crosby, from Sunderland.
Posted by Jonathan Wallace at 11:01 AM