The irony of timing 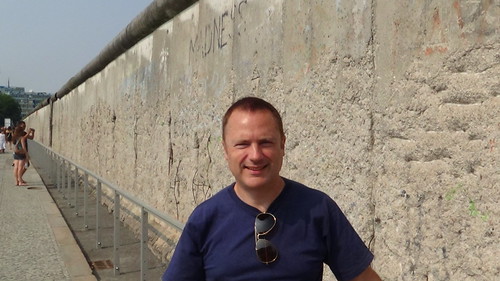 I don't know if history is attempting to cheer us up with a sense of irony but yesterday was the 27th anniversary of the fall of the Berlin Wall. On the same day, it was announced that the wall-building Donald Trump had been elected US President. Whether or not the Trump wall will ever be built is a moot point and were it to go ahead, quite how he gets the Mexicans to pay for it is not explained. I suspect that even if work starts on it, Trump's Maginot Line will never be finished.

Meanwhile, I hear of interest among Americans in emigrating to countries such as Canada and New Zealand is soaring. Let's hope those countries don't follow Trump's example and start building walls - to keep the Americans out.
Posted by Jonathan Wallace at 10:16 AM