Please let it be Hillary 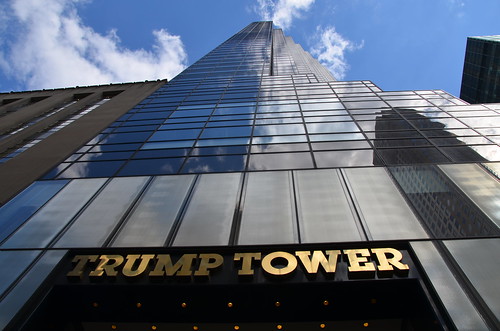 I was in the US last year when the first tv debates were held for the Republican candidates. Even with 16 would-be presidents were battling it out, Trump dominated the stage. That says a great deal about the quality of the "establishment" candidates though few at the time believed Trump would triumph over the Republican field. And when I went to New York, we saw many demonstrations against Trump outside Trump Tower. Divisiveness is, after all, his defining feature.

I'm now doing something I haven't done since 2008 - sitting up to watch the US election results come in. The last time I did this was when Barack Obama was first elected. We were in Amsterdam at the time but tonight I'm back home in Gateshead. It feels we are at something of a crossroads. Americans could elect a racist mysogynist whose rhetoric chimes horribly with the far right. Or they can elect someone from the progressive centre. Though Hillary Clinton is far from perfect, she is head and shoulders above Trump.

So let's hope enough Americans do what we need them to do, vote for Hillary and reject Trump. 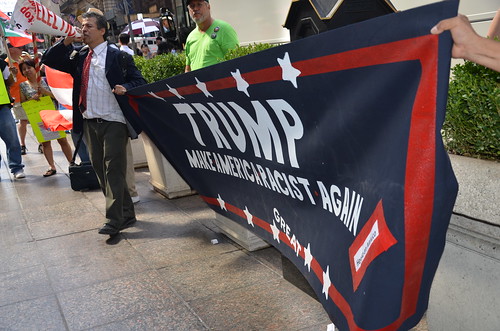 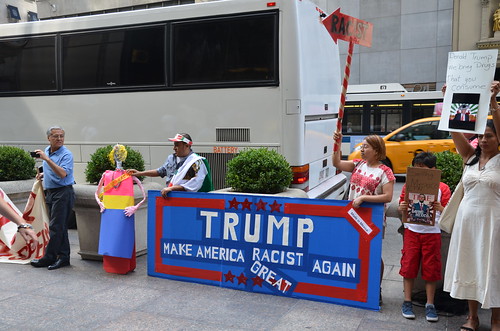 Posted by Jonathan Wallace at 10:54 PM