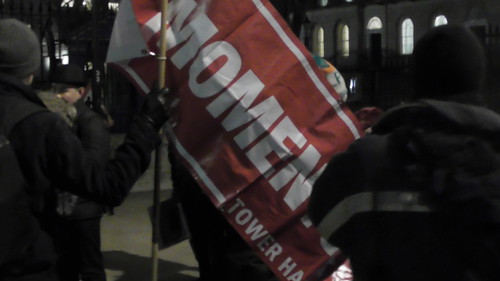 On Monday evening I was in Whitehall and spotted a loud but relatively small demonstration. As I walked passed, I heard the speaker attacking "Western colonialism and imperialism" and there were shouts of "Hands off Venezuela". Yes, a demonstration in favour of the socialist government of Venezuela and their reckless destruction of a once rich economy with some of the world's largest oil reserves. I take the view that everyone is allowed to support whatever political outlook takes their fancy but I can't help believing that those in the demonstration were somewhat deluded. One million percent inflation and the devastation of the Venezuelan economy however seems not to have woken the demonstrators from their delusions. But there again, many of the demonstrators were holding Momentum banners. And if you are ever in search of a bunch of deluded people, Momentum should be your first port of call.
Posted by Jonathan Wallace at 12:32 PM