Tabloid hits the doormats of Gateshead 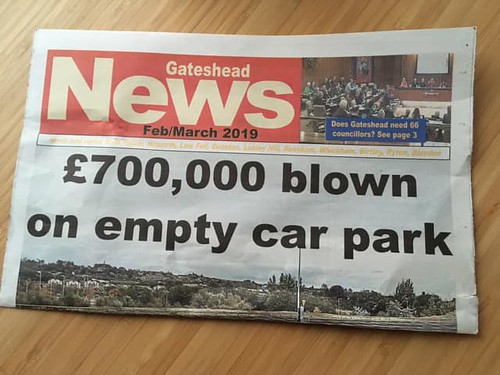 Our Lib Dem tabloid has started to hit the doormats of Gateshead. Bensham (part of Lobley Hill and Bensham ward, which we will be targeting in future elections) and Saltwell started to receive their copies this morning. Delivery will be rolled out over the next few weeks over other areas of Gateshead.

The lead story is the £700,000 spent on building a car park by Labour-run Gateshead that hardly anyone uses. We also have features on our "Six to Fix" (our local manifesto), on Labour waste and the need to build houses in the right places on the huge brownfield sites in Gateshead, rather than on former greenbelt which is Labour's favoured option.

So look out for Gateshead News coming through your letterbox shortly.
Posted by Jonathan Wallace at 9:54 AM