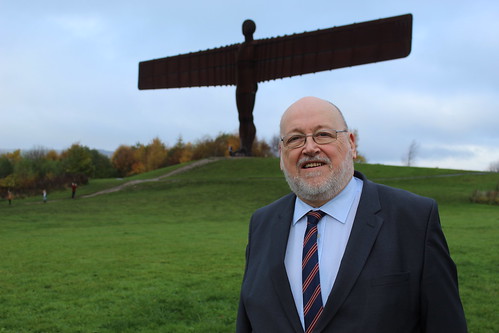 Peter Maughan has been selected as Lib Dem candidate for Gateshead. The following is the news release I've just sent out:

Liberal Democrats in Gateshead constituency have chosen Peter Maughan as their candidate for the snap general election on 12th December.

Peter has considerable experience of representing residents of the borough where he has been a councillor for the past 25 years.

He is also a solicitor, giving him invaluable experience of helping people, a skill he wants to use to fight for a better deal for Gateshead and the North East.

“Labour believe they have an automatic right to rule here but I will be taking the fight right to Labour’s door,” said Peter.

“As a councillor in Gateshead for the past 25 years, I understand the needs, hopes and aspirations of local residents. I also know from talking to people on doorsteps that they are fed up with Labour and Jeremy Corbyn and are looking for a new political home.

“I am fighting hard to bring ex-Labour voters over to the Liberal Democrats.”

Outside of politics and work, Peter is a strong advocate of animal welfare. He is chairman of Newcastle upon Tyne and North Northumberland branch of the RSPCA. Many rescue animals have found a home at his house in Whickham.

Peter is also a board member of the Newcastle United Supporters’ Trust.

Posted by Jonathan Wallace at 10:35 AM