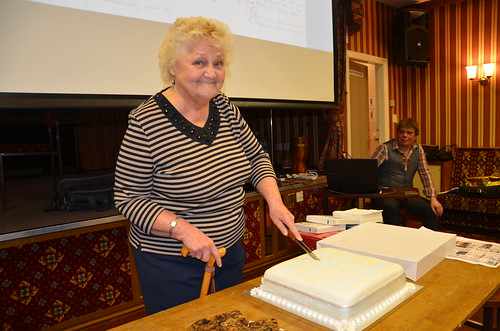 On Tuesday last week, Sunniside History Society celebrated its 25th anniversary. Founded in March 1992, it has been going strongly ever since. A celebration was held to mark the occasion with a birthday cake (cut by Eleanor Baty, one of the founders) and a quiz about events of 1992. My job was to write and present the quiz. It was a great evening and hopefully the Society will continue to be active in the next 25 years. 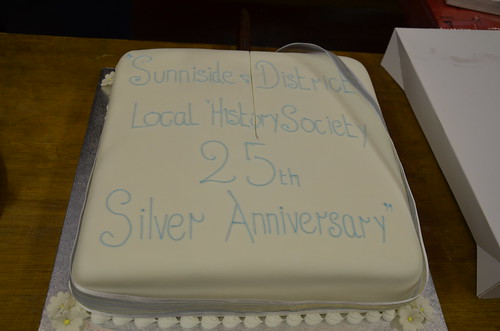 In case you are interested, here are the questions. There were 2 sections. The first was about events of the year. My plan initially was to have one event from each month of 1992. I found that a few months had no outstanding events that would be remembered 25 years later so other months are over-represented. So how many of the following events can you remember? (Answers in brackets.):

2)February Who was caught with their pants down? Paddy Ashdown

3)February Which film won Oscars for Jodie Foster and Anthony Hopkins? Silence of the Lambs

4)March Which North East MP was arrested on Hampstead Heath 2 days before the General Election was called and which constituency did this person represent? Alan Amos, Hexham

5)March Which royal couple announced they were separating? Prince Andrew and Sarah Ferguson

6)April John Major led the Conservatives to victory at the General Election. Which appropriately named horse won the Grand National a few days before? Party Politics

7)June The skeletons of which two people were found in Yekaterinburg in Russia? Tsar Nickolas and Tsarina Alexandra

10)August Which city hosted the Olympics and how many gold medals did the UK win? Barcelona 5

12)November Who won the US Presidential election, who was 2nd and who was 3rd? Bill Clinton, George HW Bush, Ross Pero

13)November Which major decision was taken by the Church of England? Ordination of women priests

14)November Which famous building went up in flames? Windsor Castle

15)November Which tv station, a joint venture of BBC and Thames Television, was launched? UK Gold