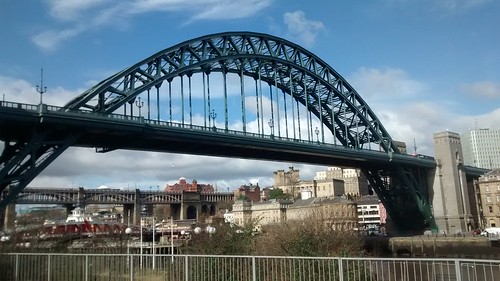 "I know nothing" was one of the famous lines from "Fawlty Towers". Manuel tells everyone he knew nothing of Basil's winnings on a horse-racing bet. In what appears to be a repeat of the classic series, Gateshead Council's Labour leader Martin Gannon announced over the weekend that he "knows nothing" of the discussions that have been taking place between the government and the three north of the Tyne authorities about devolution. I have a lot of time for Martin (I appreciate that in Labour's ranks, that could be the kiss of death) but on the devolution issue, we are poles apart.

Martin led the opposition within Labour to the devolution settlement offered to the North East Combined Authority in 2015. At one point we were in the situation that the rest of the region would press ahead with devolution leaving Gateshead behind. Then the other 3 south of the Tyne councils backed away from devolution to general acclimation from sections of the Labour party which take more pleasure in kicking the government than they do with achieving anything positive for the North East. Yet there were sections of the Labour Party not happy with the dinosaur approach of their southern cousins. The three north authorities therefore opened up discussions with the government for a separate devolution settlement which would smash the region into two pieces. The bridges across the Tyne join the region up. If a split devolution settlement goes through, these bridges will form the border instead.

A split devolution settlement will leave the North East significantly weakened. Devolution is meant to take on functions such as transport and planning. North and south of the Tyne are fully integrated in terms of transport. Planning issues in Gateshead directly affect Newcastle and visa versa. The point of devolution is to bring functions together and away from government departmental silos. A split devolution settlement will be like an engine with 6 cylinders but only 3 of them working, therefore unable to drive forward the region.

It is worrying that Martin was telling the media over the weekend that he knows nothing of the contents of the north of Tyne proposals. He should get a grip and find out what's happening because what will be decided north of the Tyne will directly affect us here, more so than any other of the south councils. Labour have torn themselves apart unnecessarily over the devolution plans. Don't let them tear apart the region, with the help of the Tories, as well.
Posted by Jonathan Wallace at 9:55 AM