Protest at the Monument 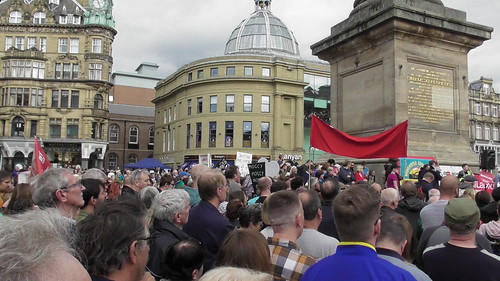 There was a sweet irony at the protest against the suspending of Parliament at the Monument in Newcastle today. Lord Grey's statue looked out over over 3000 protesters who were demanding greater democracy. Lord Grey was, arguably, the person who set in train the modernisation of the UK Parliamentary system by engineering the first Reform Act.

The bizarre circumstances of modern Britain has brought together a wide ranging coalition of people. That was clear from the crowds of people who gathered at the Monument, less so from the speakers who were on stage before I left at 12.30pm to attend another event.

It was good to hear Labour speakers talk of the need for greater and better democracy. Hopefully they will put their words into action and back fair votes and a written constitution. I await with baited breath. 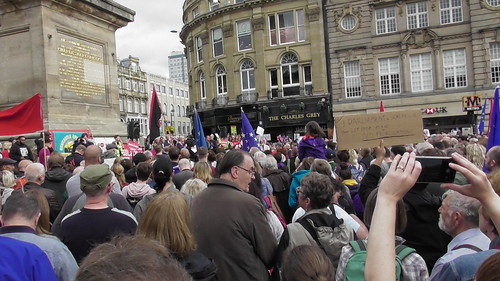 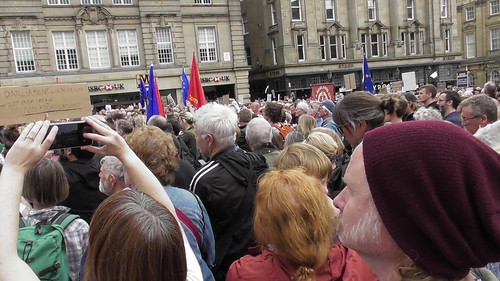 Posted by Jonathan Wallace at 7:35 PM