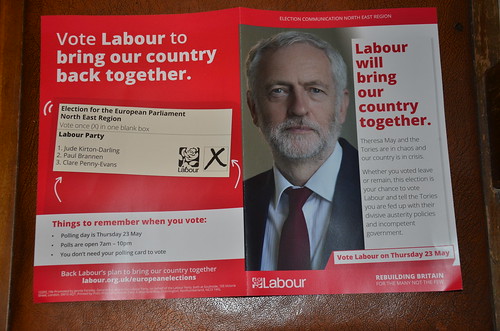 Labour's European Election freepost leaflet arrived today through my door. It seems Labour have little to say as there are some significant unused spaces in the leaflet. Helpfully, most of the front page is taken up with a photo of Jeremy Corbyn. That should scare the voters away from Labour (that was certainly what was happening during the local election.)

The bit about a confirmatory vote  reads, "If we can't get changes to their bad deal or a general election, Labour backs the option of a public vote." That's about as non-committal as you can get. Hardly surprising given Corbyn is a Brexiter. 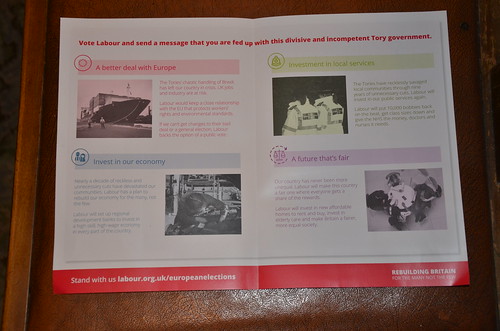 Posted by Jonathan Wallace at 10:32 PM