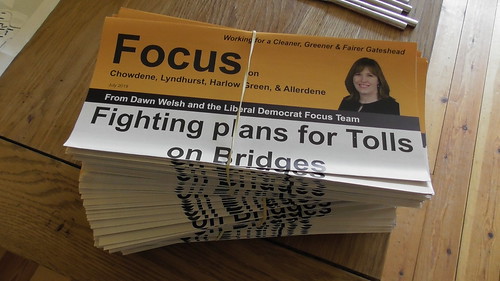 Another weekend and another action day in Gateshead, this time in Chowdene ward. Our aim was to get a Focus out across the ward. We achieved most of this. A small number of patches were left at the end of the day but these were taken by a couple of members to do later this week.

Only one person refused to take a copy. At first I thought she was going to give me a pro-Labour tongue lashing. I should not have assumed that areas traditionally Labour automatically means residents are pro-Labour now. The person declining to take the leaflet was a Brexit Party supporter. I hope she gets the Brexit deal she deserves!
Posted by Jonathan Wallace at 10:35 PM