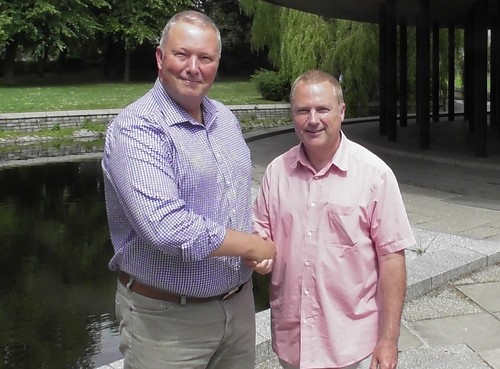 I am pleased to announce that the former Whickham Police Chief Superintendent Andy McDyer is backing me in the by-election for Northumbria Police Commissioner. Andy was based in Whickham back in the late 1990s. He then served as a senior officer in both the Northumbria and Humberside forces and is now retired.

"Jonathan brings experience, knowledge and determination to get the job done - all key skills in the role of PCC," said Andy. "I remember working with him over 20 years ago and I can see why local residents have consistently voted for him to be their councillor over the past 32 years.

"Jonathan is battling to replace the PCC system with something more accountable to local residents without the costs. He will deal with government ministers to battle for a better system of police accountability. In the meantime, I know Jonathan will focus on rebuilding community policing.

Polling stations are open from 7am to 10pm. The result will be declared on Friday 19th.


Posted by Jonathan Wallace at 9:17 AM