There was an eyebrow raising moment at Gateshead Council cabinet on Tuesday last week when Cllr Peter Mole, in a rather tangential way, made reference to the difficulty people have taking on a job because they end up worse off than they would be on benefits. According to Cllr Mole, a former leading proponent of the left, a long procession of people have made their way over time to his surgeries to complain about this state of affairs.


So Peter, the question has to be asked, where have you been for the past few years? This issue of benefits and work is what the Coalition has heen tackling. And Labour have opposed every attempt at reform. Indeed, in July, Cllr Mole and the whole of the Labour group in Gateshead were pouring venom over the Lib Dems over the spare room subsidy. Now that Cllr Mole has realised there is a problem, can we now hear some support from him for the Coalition solutions?

Posted by Jonathan Wallace at 5:28 PM No comments:

We were marginally lucky with the weather on Saturday. We had drizzle rather than downpour when we had our street surgery in Whickham. We held it right on the border of two of the wards so councillors from both attended. Some areas were notified by leaflet though residents in our ward were told about it by email. The rain did not keep people away.
For some strange reason, all the issues raised with me were about gardens, goat-keeping and grass! There was also a suggestion that I put my goats on an embankment in the heart of Whickham village that is difficult to cut by machine. I'm sure my goats would oblige by munching their way through all the long grass! I took them to Marley Hill Community Centre on Friday where there is a great deal of unused land I want to turn into allotments and community gardens. They chomped their way through the weeds there - the first step towards creating a community garden now taken.

Posted by Jonathan Wallace at 5:16 PM No comments: 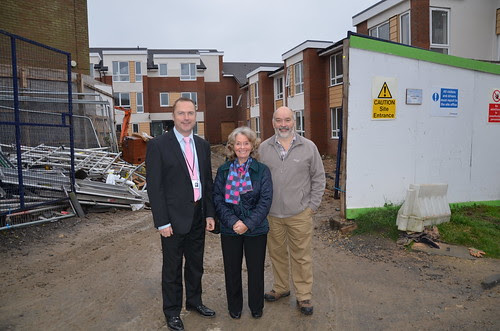 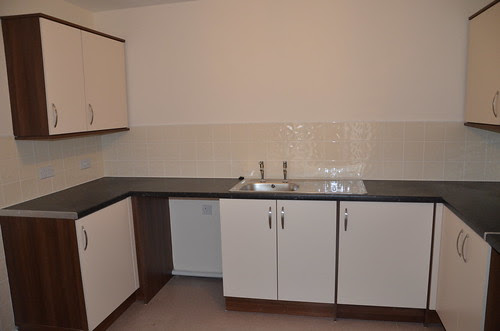 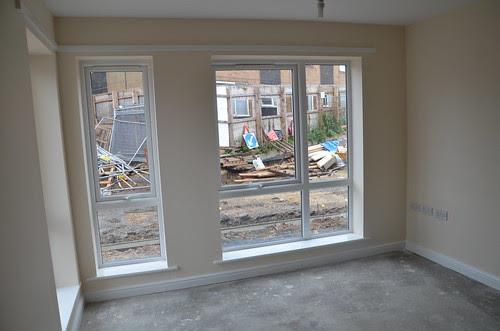 Posted by Jonathan Wallace at 9:46 AM No comments:

Report back on our public meeting

60 residents came to our public meeting last week at Sunniside Social Club about the proposals by Banks to build 255 houses to the south of Sunniside. The meeting was held because Banks, whose building proposals were dropped from the draft Gateshead local plan at the second round of consultation last year, have themselves sent a leaflet to everyone in the village raising the prospect of a by-pass for Sunniside.


At the meeting, Councillors John McClurey, Marilynn Ord and I explained our view the Banks Group's proposals for housing and a by-pass did not add up. Their proposed costs for building the road were too low. Furthermore, Banks only own about a third of the land over which they have proposed a new road. They have had no significant talks with the owners of the land over which the other two-thirds would pass. Without their cooperation, it is difficult to see how a by-pass could be built.

The building of a by-pass would be financed by contributions from the developers so were a new road to be built, the other sites over which the by-pass would run would also have to be developed. We estimate that instead of the 255 new houses proposed by Banks for their site, the total number of new houses on all the sites on the route could be in excess of 700 and possibly as high as 1000. This would fundamentally alter the nature of Sunniside from that of a large village into a small town.

Were that to happen, other infrastructure projects would be needed, particularly a school, and a contribution to the costs of these would be expected from the developers. This in turn could raise their demands for even more housing to be built.

The meeting discussed issues about traffic congestion and the lack of facilities to support the increase in the population were substantial numbers of new houses to be built. It was also pointed out that the Banks Group by-pass proposals did not include the villages of Marley Hill and Byermoor.

We explained to the meeting that proposals for housing on the Banks Group site had been rejected by the Council in 2012 but Banks would be able to present a case to the Planning Inspectorate in 2014 for that decision to be overturned. The meeting supported the view that Gateshead Council should be encouraged to stand by the decision to reject the Banks proposals and to put a case to the Inspectorate for the Banks site to remain as greenbelt.

We circulated a copy of a petition calling on Gateshead to retain the area owned by Banks Group as greenbelt and reject house-building plans. We need to submit the petition to Gateshead by Monday 21st October so time is quite tight on this.
Posted by Jonathan Wallace at 1:17 PM No comments:

Gateshead Council's all-Labour cabinet met yesterday and at one point it wandered off into a discussion about failing schools and parental choice. I sat at the back of the room as an observer and listened as Cllr Mick McNestry talked about how Highfield Primary School, seven years ago, had not performed well, but since then had turned itself around to become, according to Ofsted, an excellent school and was now oversubscribed. Parent had "voted with their feet", according to Mick. This was followed by a discussion in which some of the "socialist" comrades let rip about people exercising parental choice by moving their children to better performing schools. "Socialist" Catherine Donovan swung the boot the hardest at the right of people to choose for themselves and their children what they should and should not do. She raised the prospect of ending parental choice by forcing children to go to the local community school to ensure they all stayed open.

Quite what her constituents feel about being forced by "socialists" such as Catherine Donovan to send their children to a failing school if that is the only school serving a particular community is still to be made clear. Highfield however seems to give a clue. Faced with competition from other schools, Highfield was forced to improve, to turn itself around. That means a better education for the kids attending that school. That is to be welcomed. And the improvement was clearly noticed and welcomed by parents who started to queue up to get their children into it.

We may find out soon what the residents of Cllr Donovan's Lobley Hill and Bensham ward think of her comments. The next Focus is being written already!

My 9 minutes of fame on BBC1

Six months in the making, 2 goats, 7 chicks, 2 bee swarms, 5 ducklings and 2 polytunnels later, and the BBC1 programme about me and self-sufficiency was broadcast last night. I wasn't allowed to see the programme before it was broadcast so I wasn't sure what footage they would use. However, the result was good and I very soon afterwards got messages from local residents saying they liked the programme.

If you want to see it, click here. It will remain on BBC iPlayer until next Monday.
Posted by Jonathan Wallace at 9:05 AM No comments: