I was on the BBC Politics Programme (North East) today, debating with the 3 other candidates in the Northumbria PCC election. You can see it on this link. The North East bit starts about 31 minutes in.
Posted by Jonathan Wallace at 6:52 PM No comments: 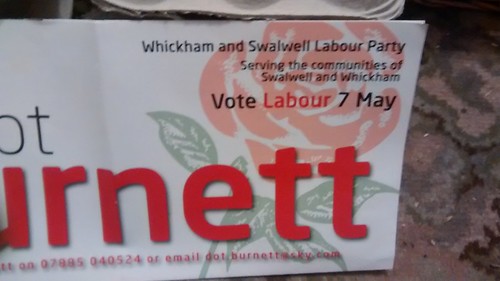 Spot the mistake in this Labour leaflet, delivered commercially yesterday in Whickham North ward of Gateshead with all the pizza leaflets! Alas, encouraging people to go to vote 2 days after the polls have closed is arguably not the best route to winning elections. This is the main leaflet for Labour in the ward (Lib Dem held and formerly a top target for Labour during the Coalition years though our majority steadily increased from 2011 onwards). If past experience of Labour elections campaigns is anything to go by, the same leaflet, adapted for each ward, will be delivered across the whole of Gateshead over the coming days to catch the postal voters next week. If their template is wrong, all their main leaflets could potentially be wrong. Oops!
Posted by Jonathan Wallace at 9:06 AM No comments:

eFocus on Blaydon and Ryton

Just published, our latest edition of our eFocus for the western part of Gateshead. The main towns included in the circulation are Ryton, Blaydon, Winlaton, Chopwell, Rowlands Gill and Crawcrook. You can read eFocus on this link.
Posted by Jonathan Wallace at 5:37 PM No comments:

Selfish one ruins it for everyone else 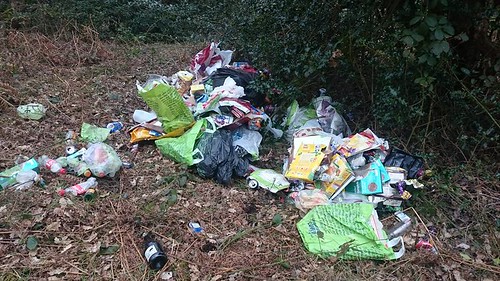 Kindred Wood is on the edge of Sunniside, the village where I live and which I represent on Gateshead Council. The wood is popular with walkers and as a play area for kids. So you can understand the anger I felt - shared by many residents - that someone had taken it upon themselves to drag their wheelie bin to the woods and dump its contents there. Having spoken to constituents, I know a number of people witness the bin being moved.

I went with a constituent on Sunday evening to inspect the rubbish. We opened bags and found evidence of who originally generated the rubbish. This has been passed on to environmental health who themselves visited the site and sorted through more rubbish yesterday.

Fly tipping like this is completely unacceptable. Our woodlands, parklands and public spaces are not rubbish dumps. Anti-social individuals who dump their waste selfishly and irresponsibly, leaving it for the rest of the community to clear up, are pursued by Gateshead Council when evidence is recovered of who did the dumping. Culprits can expect a knock on the door.
Posted by Jonathan Wallace at 11:32 AM No comments: 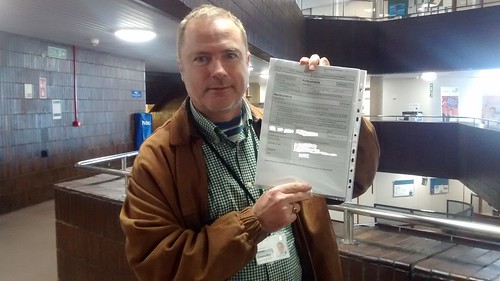 100 signatures and £5000 deposit later and my PCC nomination has been accepted. I went to Sunderland Civic Centre this morning to hand it in with my agent Cllr John McClurey. We will get the full list of candidates on Thursday afternoon.
Posted by Jonathan Wallace at 11:10 AM No comments:

We were canvassing in Dunston Hill and Whickham East ward yesterday. A good response on the doorsteps. I guess the 59% definite Lib Dem response rate is more a reflection of our decision to canvass one of our strongest areas in the ward. It was a targeted canvass, calling on people for whom we don't have a previous canvass response. I found no one intending to vote Labour. We were also asking about police commissioner voting intentions. The vast majority of people answered that their local election and PCC votes will be for the same party.

I'm now off to canvass in another ward.
Posted by Jonathan Wallace at 9:43 AM No comments: