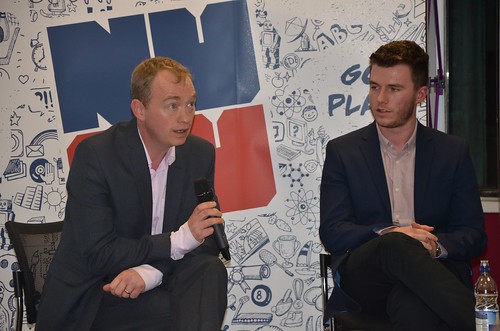 Tim Farron was a visitor to Newcastle University tonight. I was invited to do the photos. I was a postgraduate student there at the same time Tim was an undergraduate and then Union President. I guess for both of us, it was the first time in the Students' Union building in over 20 years. It's changed quite a bit. 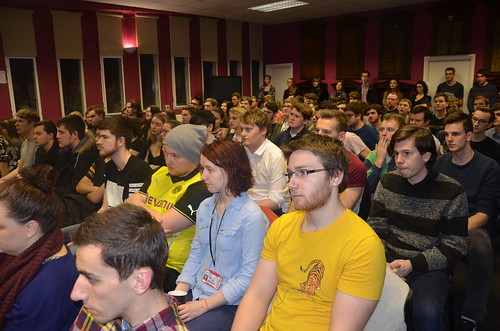 The meeting itself was packed, as you can see from the photo above. The daftest question came from a student who was clearly a Conservative who asked that, with economic recovery underway for the past few years, wouldn't voting Lib Dem put that at risk. Tim politely pointed out that the economic recovery was taking place when the Lib Dems were in government. How short the memory of Conservatives can be. 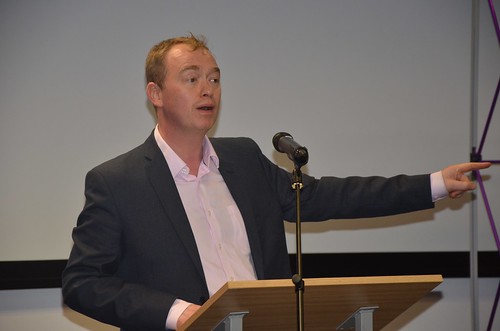 Posted by Jonathan Wallace at 10:35 PM No comments: 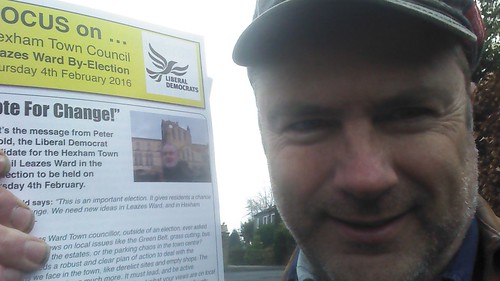 I had to be in Hexham yesterday to go to the animal feed supplier to stock up with poultry and goat food. And knowing in advance that I was going to be in the town and that Hexham Lib Dems are fighting a town council by-election, I offered help to deliver some leaflets. 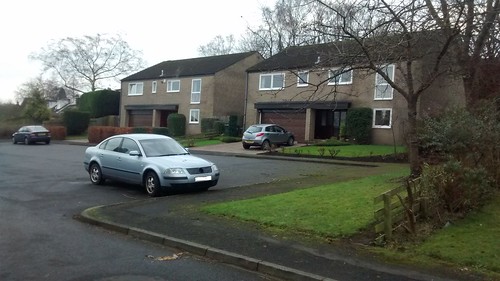 Alas, the patch I was sent to consisted largely of large detached houses on a hillside, each with long flights of stairs to front doors. Thanks guys! Leaflets were delivered and I was able to return home. It brought back memories of campaigning there as parliamentary candidate 24 years ago. How time flies!
Posted by Jonathan Wallace at 11:28 PM No comments: 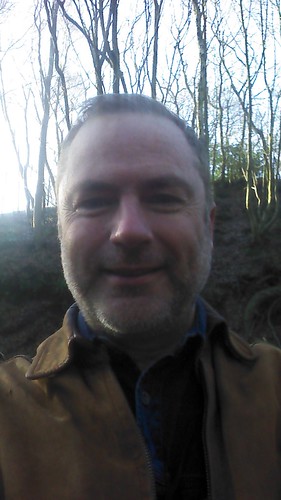 Last year the Heritage Lottery Fund awarded a grant of £10,000 to the Sunniside History Society to support a project to draw out the history of the Fugar and Washingwell area of Gateshead, much of which is in my ward. The project grew out of a proposal by me that the historic orchard that once belonged to the medieval Fugar House (demolished in 1950) should be renovated and restored. When I took the proposal to the History Society, of which I am deputy chairman, it was decided that the project should be about the whole area as it is packed with 2000 years of history.

So, we split the project into 3 phases. The first is to draw out the history of the area from the 13th century, when it is believed Fugar House was established, to 1950 when it was demolished. The second phase will cover the Roman period (there was a Roman fort at Washingwell) and the 3rd will deal with the orchard restoration.

So, we are into the 1st phase now and part of the requirements we need to fulfill is to involve Washingwell School. So last week, 3 of us from the society met up with one of the teachers from the school to walk around the site and discuss the historic issues that will feature in the resulting booklet and dvd.

Washingwell Wood is very familiar to me. I used to walk through it to get to school back in the 1970s. And when I was first elected to the Council in the late 1980s, I persuaded Gateshead to tackle the fire in the nearby Watergate pit heaps. After a number of years, the fire was extinguished, the heaps were removed, the land restored and Watergate Park was created. 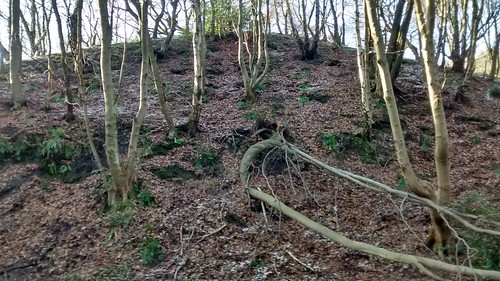 One of my roles in the project is to study the landscape to see if there are any historical features. And I think I've found some. In the photo above is a mound. It is totally unnatural. It is typical of the mounds built in the medieval period on which were constructed forts, better known as motte and bailey castles. And applying my knowledge of historical features, I think I've also found the medieval road into Whickham, possible early fortifications for Fugar House and 2 fords across the Black Burn.

Those taking part in the project will be meeting tomorrow evening to discuss our findings. It could be an interesting meeting!
Posted by Jonathan Wallace at 9:28 PM No comments:

I was in Ryton today for a door knocking session that saw 4 of us call at over 400 houses. It was a very positive day despite the cold and my decisions to keep adding further streets to the list of those to be canvassed. We handed over a survey form to each household. On one estate of 125 houses alone, 65 surveys were returned and we expect more to come back via the post. So, this estate has now set the benchmark for response rates. We'll see if we can beat it over the coming weeks.
Posted by Jonathan Wallace at 9:56 PM No comments: 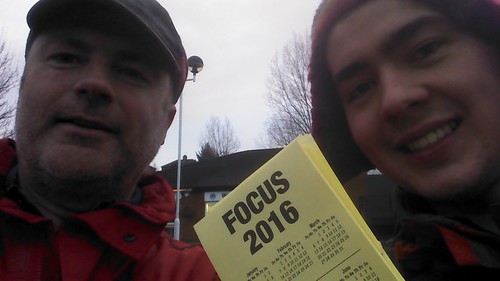 It is yet to be seen whether Conservative confidence survives the almost inevitable splits that will be on public view in the forthcoming Europe referendum but the Conservatives themselves have increased levels of confidence that are understandable: we have been knocked well back into 4th place across the country, Labour have brought about a self-imposed meltdown and UKIP are wilting. There is a great deal of water still to pass under the political bridge but as things stand, the Conservatives can hope to be in power for so time to come.
Posted by Jonathan Wallace at 12:09 AM No comments:

Why is this news?

The BBC have reported today that Conservative MP and Secretary of State for Scotland, David Mundell, has come out as gay. Well done Mr Mundell. It's always good to see people in positions of authority setting an example and being a role model, even if he is a role model for a political party whose policies are not necessarily shared by me. The question has to be asked however: why is this news? This is, after all, the 21st century and only a few nutters in UKIP seem to believe that the existence of non-heterosexuals in society is a world ending situation. Mr Mundell's sexual orientation is just not a story. It may have been different in 1992 when I came out, at the start of the general election campaign, after my Conservative opponent in Hexham, Alan Amos MP, was arrested on Hampstead Heath. Amos was rapidly dumped by the Conservatives but it was the Labour party that put my being gay at the centre of their campaign. 24 years later, an MP or minister coming out is just not a news story, in my opinion. Perhaps the BBC had demonstrated that there is still some way to go before being gay is fully mainstream.
Posted by Jonathan Wallace at 8:11 PM No comments: 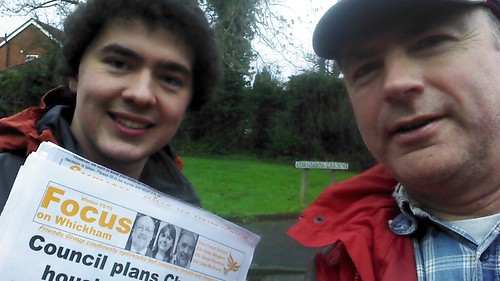 Yesterday I was in my own ward delivering 500 focuses. Today I was joined by our campaign organiser Michael Cotterill to deliver 650 leaflets in Whickham East. I now feel totally knackered but think of all those Christmas calories I've burnt off.
Posted by Jonathan Wallace at 8:50 PM No comments: 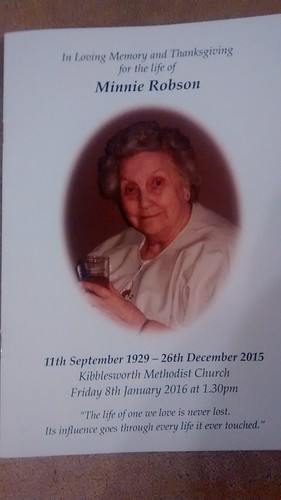 Minnie Robson was the Labour councillor for Lamesley until 2003 and when I was first elected to Gateshead Council in 1987, she was chair of the social services committee. I very rapidly learnt that she worked with my Dad on the Team Valley Trading Estate in either the 1950s or 1960s. Minnie was one of the most friendly councillors when I was elected. I worked closely with here on a small committee of 5 members called Adaptations for the Disabled. She was not one of those Labour councillors who believed I was a baby eating monster just because I was not a member of the Labour tribe. She saw merit in everyone and was happy to work with anyone in pursuit of better public services.

Minnie passed away on 26th December and her funeral was yesterday. I went to pay my respects. Kibblesworth Methodist Church was packed for the service, a strong indication of the affection felt for her.

RIP Minnie Robson.
Posted by Jonathan Wallace at 11:30 AM No comments:

Delivering on the Rectory Estate 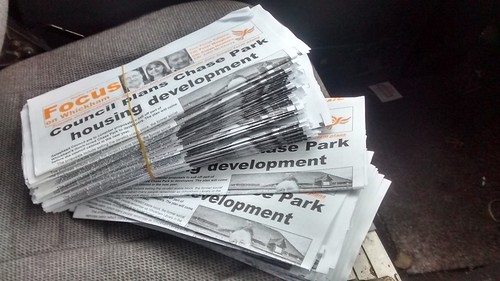 As the sun shone across my hen and goat houses this morning at 8.15am, I thought to myself, "Great, no rain, time to get those Focuses for Whickham North delivered." So I headed down to the Rectory Estate and started started putting the leaflets through doors. And then the rain started falling. I won't repeat the thought that crossed my mind at that point! I decided that as I was there, the job was going to be finished. 200 doors later and it was done. I headed back home with a handful of soggy Focuses destined to be shredded and used for bedding for the goats. 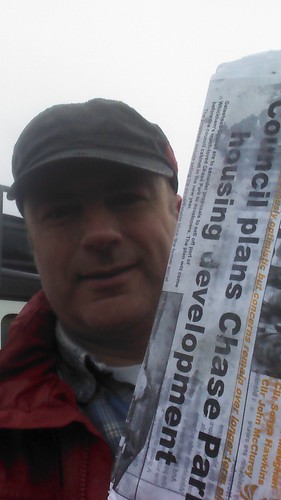 Posted by Jonathan Wallace at 11:57 PM No comments:

I've just finished the first edition of my self-sufficiency email newsletter of 2016 which you can read on this link. It goes to those who follow my battle to be self-sufficient and the circulation list includes a large number of people outside the UK. This edition outlines our plans for 2016 and looks at how we prepared our self-sufficient Christmas dinner.
Posted by Jonathan Wallace at 5:10 PM No comments: