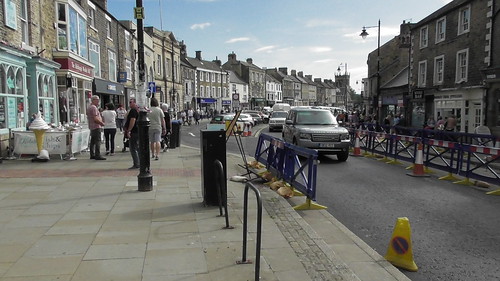 I've not commented publicly so far on the actions of either the government or public bodies on the pandemic lockdown. We are after all living though a national emergency and the worst crisis since the Second World War. But two recent events have now made me feel that silence is no longer an option. Firstly, the decision to impose a 2 week quarantine on those coming from abroad at this stage of the pandemic is nuts. This should have been done much sooner in the timeline. This is definitely a case of shutting the stable door after the pandemic horse has well and truly bolted.

The other issue is Dominic Cummings, a man not sick enough to stop him jumping into his car and driving 400 km from London to Durham. It's a five hour journey. I've done it often enough so I should know! And this journey was carried out because Cummings could not stay at home in London. Are we really meant to believe that in a population of 8 million people, London contained no one who could deliver a bag of groceries to his front door while he self-isolated? Is he really that devoid of friends?

I don't doubt that Cummings was showing symptoms of coronavirus but they appear to be relatively mild. I can well understand his desire to get out of London but the rules and messages he helped bring in are clear: he should have stayed at home.

I've just watched Boris Johnson's press conference. His reinterpretation of previously unspotted loopholes and the emphasis on grossly exaggerated health and childcare problems treat the people of this country with contempt. Watching Johnson was like watching a Trump meltdown press conference.

We should continue to argue that people should stay at home except in clearly defined and unavoidable circumstances, such as going to work when it can't be done from home, shopping for essentials and exercise. The people of this country have made big sacrifices to beat this pandemic. Now they will look on the government and clearly see a bunch of people treating them as if they are stupid and applying rules to the people of the country which the rule makers themselves do not have to follow.

The government have just made fighting this virus a great deal more difficult.

Photo above: I took this in Barnard Castle nearly two years ago during a Sunniside History Society trip. No sign of Dominic Cummings on that day but newspapers report he's been seen there more recently!
Posted by Jonathan Wallace at 5:19 PM No comments:


Posted by Jonathan Wallace at 10:09 PM No comments: 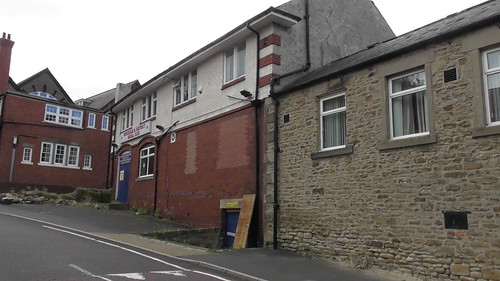 I'm not a member of the Planning Committee in Gateshead but it met virtually today and one of the applications that was approved was the revised plans to demolish the derelict Whickham Social Club and replace it with 14 flats for older people. All the flats will be wheelchair accessible. It is hoped that the new flats will allow individuals or couples to move out of family homes in the area, thereby helping to increase the supply of family houses, something I've been banging on about for decades. The site which is in the heart of Whickham village and the old club was becoming an eyesore. This application will help to clear up the area as well as providing needed specialist housing.
Posted by Jonathan Wallace at 10:01 AM No comments:

Tonight we published the latest edition of our eFocus email newsletter to residents. It is the fifth since the lockdown began. In this edition we report on:

You can read eFocus on this link.
Posted by Jonathan Wallace at 10:28 PM No comments:

Social distancing at the Whinnies 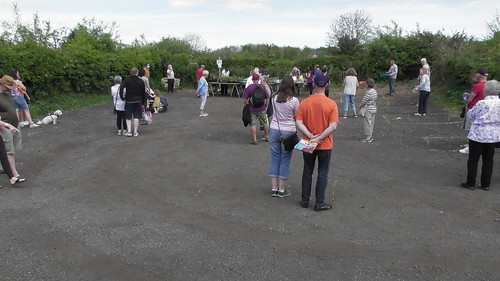 The Whinnies Community Garden in Sunniside has been closed since the start of the the pandemic lockdown. The garden survives entirely on the work of volunteers and local fundraising. Last month I came up with the idea of having a pop up shop in the Whinnies car park to sell plants grown in the garden and jams made by volunteers. We decided to go ahead with the shop on Saturday and I gave them my entire stock of eggs and half my rhubarb crop from my smallholding to sell (the farm shop to which they normally go is currently closed). The car park was measured out and marked up for social distancing and we opened the shop for only 2 hours on Saturday. I agreed to be in charge of crowd control though we had no idea whether anyone would turn up to buy the produce.15 minutes before we opened, the first customers arrived. And then the floods came!

People fully cooperated with the grid system we had marked up in the car park to ensure social distancing took place, and when that filled up, we ended up with queues along the access lane. Within half an hour of opening, the eggs had sold out. After an hour, all the rhubarb had sold so I had to pay a quick visit to the smallholding to pick another barrowful, which sold very quickly as well.

The pop up shop took over £800, a great boost to the funds for the garden. And Sunniside was able to enjoy rhubarb pies and crumbles this weekend! 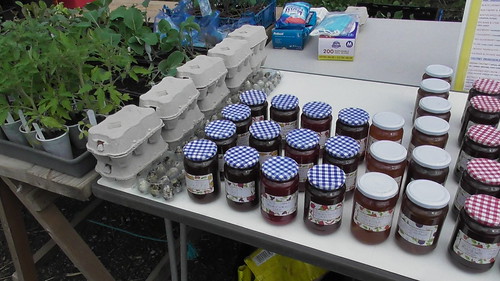 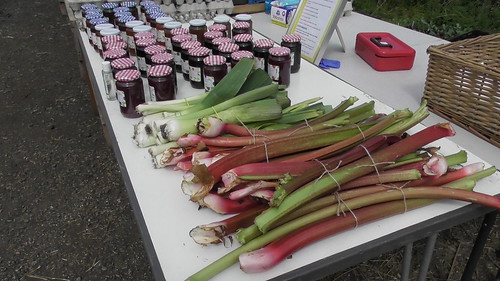 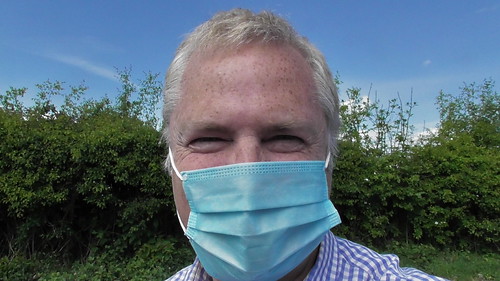 Posted by Jonathan Wallace at 11:19 AM No comments:

How do we keep the benefits?

The pandemic lockdown has been a terrible experience for the world as a whole yet there have been a few unintended but positive benefits. Pollution levels have dropped, the roads are much quieter, congestion has been significantly cut, the environment is getting better. The issue is, when we return to "normal" (whatever that turns out to be), how do we keep the environmental benefits we have unexpectedly experienced? I speculated on this when I walked through the empty roads of our village at the end of April when I went to and from our smallholding to lock up the henhouses in the evening. I don't claim to have the answers but just as coronavirus kills, so does pollution. We need to build a world in which both are eradicated.
Posted by Jonathan Wallace at 10:44 AM No comments:

On Thursday, the local elections were not held. The lockdown put an end to this year's local democratic process. We will do a catch up next year (assuming the lockdown process is, by then, lifted.) Thursday marked something of a milestone for me. It was 33 years to the day since I was first elected to Gateshead Council at the age of 23, gaining my seat from the Conservatives. I have been re-elected since then 9 times, each time with over half the votes cast. I had not necessarily planned to be on the council for nearly a third of a century back in 1987. I had aspirations for a career in politics, either as an MP or working for the party. I ended up doing the latter but decided to stay involved with local politics in Gateshead.

Quite how much longer I continue in local politics is a decision that is not yet taken, either by myself, or by the good people of Whickham South and Sunniside. I am next due to face re-election in 2023, when I will be 59. I would have done 36 years by then. I will have to ponder the question, do I want to do 40 years? Or will I end up keeping going and wondering in 20 years' time whether or not I should do another term to take me to 60 years! I wonder what the record for continuous service is in local government?
Posted by Jonathan Wallace at 10:58 PM No comments:

We published our latest edition of eFocus for the Whickham area (no. 133) earlier this week. Contents include:


You can view eFocus on this link.
Posted by Jonathan Wallace at 9:42 AM No comments: 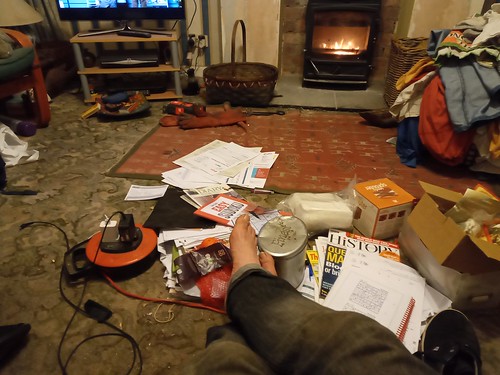 BBC News carried an article recently about an organisation aiming to collect photos of the inside of people's homes during lockdown. No posed photos are permitted. And if you tidy your house especially for the photo, it too will be rejected. So, here is my picture of the tip that I call home. My floor is my filing cabinet, covered with farming and history magazines, sudoku books, packets of seeds and feed in tariff statements! Sadly, this mess could easily pass for normailty in my house, pre-pandemic!
Posted by Jonathan Wallace at 7:15 PM No comments: