I was in Whickham yesterday with other volunteers from Planting Up Whickham to help plant up the flowerbeds on Front Street and Church Green. The group raises the money for the flowers and looks after the beds after the council stopped doing this about a decade ago. 2 hours of planting on a Sunday morning and the job was done.
Posted by Jonathan Wallace at 3:04 PM No comments:

Virtue out of necessity

I guess that Keir Starmer must be regretting that beer and curry in the office of Mary Foy, Labour MP for Durham City and former member of Gateshead Council. While not on the level of the Downing Street party factory, the fact it happened does not read well for Labour. Starmer has been forced to make a virtue out of necessity. If he is fined, there was no way he could remain at the top of Labour given his previous hardline position on Boris Johnson's party going activities. So he is making his offer to resign if fined a position of virtue. If he is then found not to have broken covid restrictions (and my guess is that he won't be fined), he can then portray himself as the good guy who offered to do the right thing before the police had reached a conclusion. All, of course, in contrast to Boris Johnson.

Meanwhile, time to spend a bit of time reading about the government's attempts to address the cost of living crisis. £15 billion and a uturn just to keep the Sue Gray report out of the headlines!

Posted by Jonathan Wallace at 8:16 PM No comments:

We had our Lib Dem Council group annual meeting in Gateshead last night. 3  new members and we are now a group of 15, up 2. I was reelected as Leader and Ron Beadle was reelected Deputy Leader. Just when I had nearly finished digging the escape tunnel to spend more time with my new farm! Thanks for your confidence in me, colleagues.
Posted by Jonathan Wallace at 11:12 PM No comments: 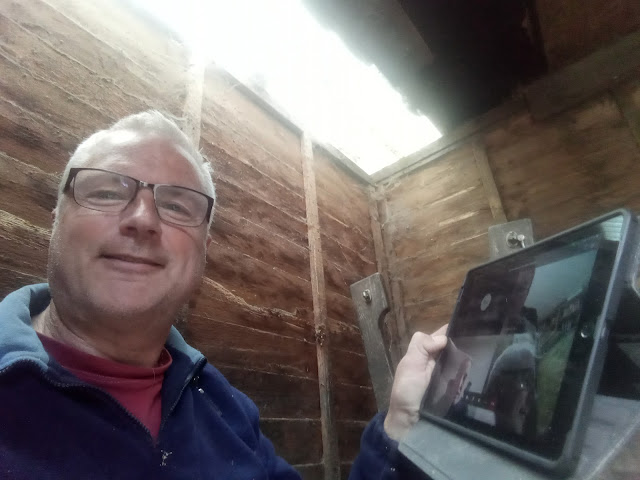 After 35 years on Gateshead Council, this was a first for me, and probably a first for Gateshead as well. Last week I attended a council meeting from my goathouse! Fortunately it was online and it meant for a few moments that the Director of Public Health was competing with one of my cockerels to be heard over the ipad! I then put him on mute!
Posted by Jonathan Wallace at 12:09 PM No comments:

Forget bitcoin, the currency of the future is duck eggs! 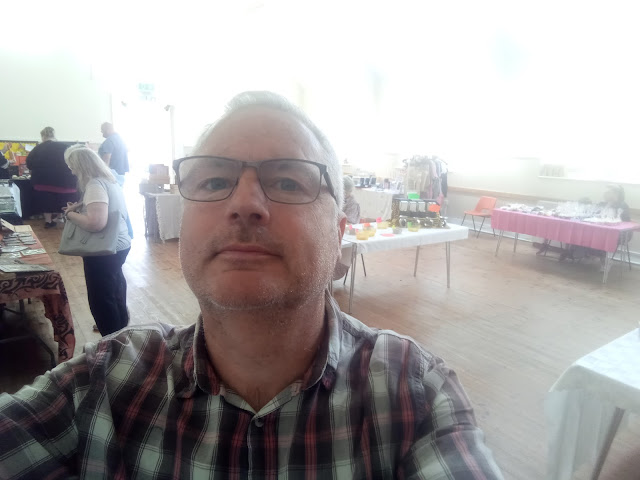 On Saturday a craft market was held in Sunniside so I popped in to have a look around. Stalls selling cakes are a magnet to me. There was one there tempting me to part with my cash. I bought 5 cakes. They cost me 4 boxes of duck eggs laid in the previous few days on my allotment. Forget bitcoin, the currency of the future is duck eggs! 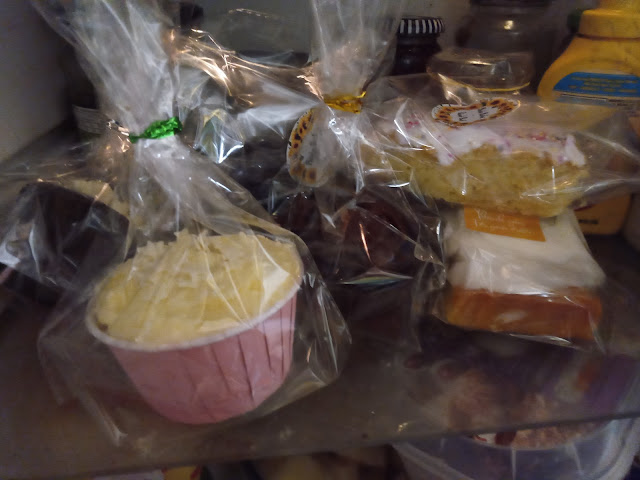 Posted by Jonathan Wallace at 11:55 AM No comments:

Tales from the campaign trail no.9 - I have been targeted

I was reliably informed on Friday at the count that the Conservatives are to target me personally in the local elections next year! "You are targeted" sounds as though it's come straight from a Terminator film! But far from being angry that I am to be the Tories' target, I welcome it! But let's put everything into perspective. By May next year I will have represented Whickham South and Sunniside for 36 years. I gained the seat from the Conservatives in 1987 and have taken over 50% of the vote in every election since then. The good people of the ward have chosen me to be their councillor 10 times. Apart from 1987, the Conservative have had a name on the ballot paper but no campaign. Last week, in the ward, the Conservatives were in 3rd place with 346 votes compared to our vote of 1770

Last week, the Conservatives failed to win their only target seat in Gateshead (Winlaton and High Spen). If their strategy is to use resources to fight one of their most unwinnable seats, and therefore using up valuable resources that could go to the better prospect of Winlaton and High Spen, then it is hardly surprising the Conservatives have failed to win a single seat in Gateshead in 30 years.

So let the battle commence!

Posted by Jonathan Wallace at 10:45 PM No comments: 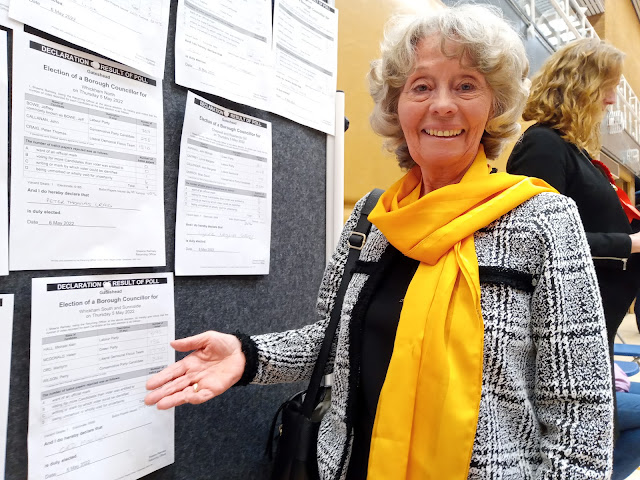 Congratulations to my ward colleague Marilynn Ord who was re-elected last week to Gateshead Council in Whickham South and Sunniside ward. She took 60% of the vote and had a majority of 1075.

Posted by Jonathan Wallace at 10:25 PM No comments:

Tales from the campaign trail no 8 - predictions

On the way to the count this morning, I made my predictions for the Gateshead local elections. But how close were they?
Posted by Jonathan Wallace at 10:48 PM No comments:

Tales from the Campaign Trail no. 7 - The heat is on in High Spen

Winlaton and High Spen ward continues to attract attention in the local elections in Gateshead. It seems the Conservatives are pouring in the resources. There have been two visits by cabinet members and I am informed that there have been visits by MPs recently.

From having been rather complacent a few weeks ago, Labour may now be awake to the danger of losing to the Conservatives in the ward. There was a group of Labour members working the ward today and thanks to the wonders of social media (in this case Liz Twist MP's Twitter feed) we now know who was there - 11 Councillors, 2 members, the candidate and the MP. But who is this I see? John Adams? The beleaguered member for Saltwell? Does this mean he is complacent about being re-elected again for Saltwell? Or are Labour giving up in Saltwell?

So, what is the final result to be? I remain to be convinced the Conservatives can pull off victory in the ward. It will be close however, but Labour members must surely be feeling it is a little too close for comfort, hence the reason for shipping in their councillors.

Posted by Jonathan Wallace at 11:16 PM No comments:

Tales from the campaign trail no. 6 - the Administrative Error Party standing in Saltwell

So what went so wrong for the Greens? Well, I am reliably informed that the candidate went on holiday in late March, coinciding with the opening of nominations. My suspicion is that the form for the party description and logo were not completed before Rachel left the country. Without that form being signed by a party's designation nominating officer, a candidate cannot use the Party description and logo.

When challenged in April about the lack of a description, Rachel explained there was an "administrative error" though quite what that error is has not been explained.

Never mind Rachel, there is a silver lining in the cloud. The Greens got 185 votes in Saltwell last year and they will be looking for a new home. They could help swing the ward away from Labour by voting Lib Dem instead.

Tales from the campaign trail no.5 - pact up and ready to go

I was rather amused by the absurdity of Oliver Dowden's claims of an electoral pact between Lib Dems and Labour. The Tory Party chairman based his fantasy story on Labour standing more candidates in the North while the Lib Dems are standing more candidates in the South. Perhaps Mr Dowden should visit Gateshead where, incidentally, Labour, Conservatives and Lib Dems are each fielding full slates of candidates. The actual battle is between Labour and Lib Dems slugging it out in a number of wards with the Conservatives running a small sideshow in Winlaton and High Spen. Even in this one target ward, the Conservatives are more likely to be runners up rather than winners though this is, for them, a major advance on decades in the electoral wilderness in Gateshead.

But anyone looking for evidence of a non-existent Lib-Lab pact should visit Saltwell, Birtley, Pelaw and Heworth, High Fell and Dunston Hill and Whickham East wards in Gateshead. Labour are defending the first four against a Lib Dem onslaught. The 5th ward is a marginal Lib Dem held ward (but with one independent who is not  defending his seat.) The ward has a recent Labour history and Labour would love to recover it. No one visiting those wards could possibly believe Dowden's story.

Posted by Jonathan Wallace at 9:55 AM No comments: