My 2nd vlog, filmed on Tuesday 27th February. The Beast from the East had arrived so the day was dominated with tackling snow problems - from feeding the goats in the morning to driving past road collisions in the evening.
Posted by Jonathan Wallace at 11:25 PM No comments:

So, once the fanfare of Corbyn's announcement on a customs union died down, we were able to see the details of the deal he wants to strike with the EU. One telling statement made it clear right from the start that this was a policy designed to fail. Corbyn demanded that even though the UK is leaving the EU, the UK should still have a say on the trade deals the EU strikes with other nations. This is another example of politicians offering something that is not in their gift to give and which offers lots of rights but no responsibilities. Having your cake and eating it is now all the rage.

Labour's position is that we leave the EU club, retain the benefits of club membership and even continue to have a say on the rules of the club we have left. I can imagine what the rest of the EU thinks of that. They are likely to tell Corby where he can put his cake!
Posted by Jonathan Wallace at 11:34 AM No comments:


For the past 28 years I have kept a diary. I started off writing it by hand. After 14 years technology caught up with me and my diary was written on my laptop. Technology is catching up with me again and I'm experimenting with a video diary. This is my first attempt, filmed yesterday. Half the day was spent in the Freeman Hospital in Newcastle where my friend Richard has had a major heart operation (I'm his carer). In the early evening I was at Gateshead Civic Centre considering a report on surveillance. I was interested to know whether checking someone's Facebook activity counted as overt or covert surveillance. the answer was that it was both (depending on the circumstances).

Posted by Jonathan Wallace at 10:25 AM No comments:

So, at long last, Labour have come up with a Brexit policy that is not simply a repetition of the Tories' plans. Time to celebrate that there has been a small step away from the fence on which Labour have been sitting since June 2016. As I write this, Corbyn is yet to make his speech so we will have to await the actual details. Given his anti-EU history, expect any customs union outlined by him to be limited. It must not stand in the way of the socialist revolution and must not block the road to Utopia. Also, expect the same tone to be employed as that adopted by Tory Brexiteers: the EU will give us this, that and the other. Ever since the referendum campaign, Brexiteers have chosen to speak for the EU negotiating team and have made all sorts of pronouncements about what the EU will give Britain. None of these are based on anything the EU has said. Brexiteers are simply offering rights without responsibilities, a cherry-picking exercise in which the UK resigns as a member of the EU club but still enjoys all the benefits of being in the club without abiding by the rules. To be fair to the Brexiteers, politicians offering something for nothing has been a common theme for decades and was especially rife under Blair and especially Brown. It was an attitude that carried over big style into the Corbyn general election manifesto last year in which 90% of the population was offered everything they wanted for free, paid for by a handful of rich people.

So, watch out for this something-for-nothing attitude flowing over into Corbyn's speech today.
Posted by Jonathan Wallace at 10:13 AM No comments:

Come back Nigel, you're bad judgement is needed

While Lib Dems in Gateshead were running our action day on Saturday, we made the occasional check on news websites to find out how the Kipper fight was going in Birmingham. After the last tabloids went through the doors, we still had no news. I returned home, had a cuppa, switched on Sky News and there it was - Henry Bolton had succeeded in being UKIP's longest serving leader in the last 2 years but had now succumbed to the urge of Kippers to have constant leadership elections. Odd that the same people don't support a second referendum, but contorted posturing is a UKIP skill.

So, Bolton is gone, leader number 7 takes over and work begins to wash the blood from the walls of the Birmingham conference centre. But don't write off UKIP yet. They may be in a state of collapse, but they still managed to get 1400 members to an emergency conference at short notice. That said, I doubt they will be fielding many candidates in the May local elections and those UKIP Councillors who do defend their seats are likely to have more time on their hands after 4th May.

One noticeable point about the UKIP bun fight was former Kipper deputy chairman Suzanne Evans who went on tv to say Nigel Farage's judgement was seriously bad but she wanted him back as leader despite this. The Kipper comedy continues.
Posted by Jonathan Wallace at 10:21 AM No comments: 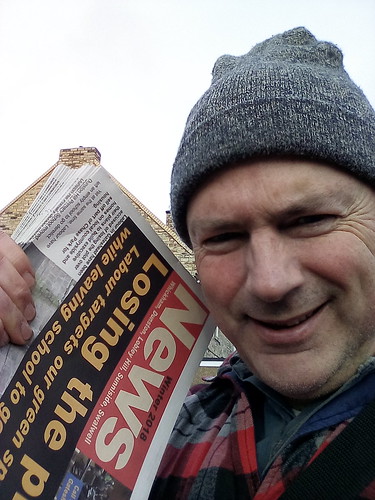 We took delivery of our Gateshead Lib Dem tabloid at the start of February. All hands to the pump to get them distributed. So far I've done 4 patches in Dunston Hill and Whickham East (one of them was this morning) and five in Whickham South and Sunniside, my ward, where I have three patches still to do (a job probably for tomorrow).
Posted by Jonathan Wallace at 10:45 PM No comments:

Another gain from Labour in Sunderland 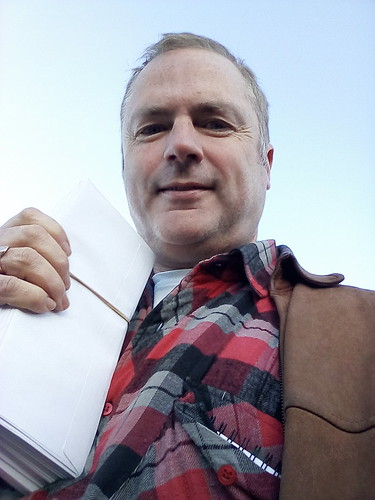 Another earth tremor, if not a political earthquake, in the Labour citadel of Sunderland tonight with a gain by the Lib Dems in the Pallion by-election. But this wasn't just any old earth tremor! The Lib Dem vote increased by a modest 49%. As is now the norm, the UKIP vote went into meltdown, but Corbyn's candidate also suffered not only the loss of the seat, but a big drop in vote share. The result was:

To be fair to Labour, everyone other than the Lib Dems suffered a loss in vote share. Those squabbling warriors of UKIP were the worst performers on votes but that does nothing to deflect from the fact Labour lost a formerly safe seat.

Labour lost a seat to the Lib Dems in a by-election in Sunderland this time last year on a similar swing. This is starting to become something of a habit.

Meanwhile, my afternoon of delivering letters in the ward and being mistaken for a Labour campaigner by a very angry voter did not hinder the Lib Dem progress in Sunderland!
Posted by Jonathan Wallace at 12:05 AM No comments: