General Election choice: The Joke or the Joker 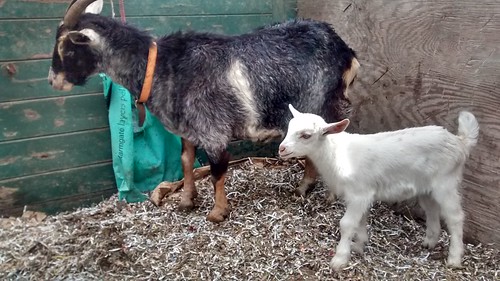 Will Labour clear out their stable of will they just let the muck pile up?

I could see my country go into meltdown when I left the Gateshead count at 3.30am on Friday morning. By then, the Leave lead was over 750,000. There was no way short of a miracle that the gap could be closed. I went to bed at 4am and woke up at 7.45am to the news of the official declaration that Leave had won. At 8.30am, having just returned from feeding my livestock, I was met by the news that Cameron had announced his resignation. The Tories had gone into meltdown, the economy was going into meltdown. And this morning, I woke to the news that Labour had gone into meltdown. Corbyn's sacking of Hilary Benn seems something of a self-inflicted wound but it could also be the match that sets Labour light.

The trouble for Labour is that they are stuck with Corbyn. He may he a nice bloke but my chickens show more leadership qualities than he does. He is an oppositionist who fights against change. He is no leader. Yet even if MPs vote for a no confidence motion, Corbyn will win a membership ballot. Labour are stuck with him until such point as he feels he cannot remain as leader. And at the moment, he is not showing any signs of wanting to go.

Corbyn was unforgivably low profile during the referendum. I put this point to Ian Mearns, Labour MP for Gateshead, at the count in the early hours of Friday morning. According to him, Corbyn was very active but there was a conspiracy in the media to report only blue on blue battles. The fantasy world of Labour is alive and well.

There is a growing prospect that at the general election, the offer to the nation for Prime Minister is a choice between The Joke and The Joker. It is an unappealing prospect, Jeremy Corbyn versus Boris Johnson. Furthermore, don't underestimate Johnson. He may come over as a buffoon but he has risen to the top against the odds. He won the 2012 London mayoral election against the odds. He holds no cabinet position but is regarded as the favourite to win the Tory leadership. As long as Corbyn or another oppositionist left-winger is leading the Labour Party, Johnson is likely to be secure as Prime Minister.

I have to clear out my goat house now. I wonder whether Labour will carry out a similarly thorough clear out. I somehow doubt it.
Posted by Jonathan Wallace at 9:36 AM No comments: 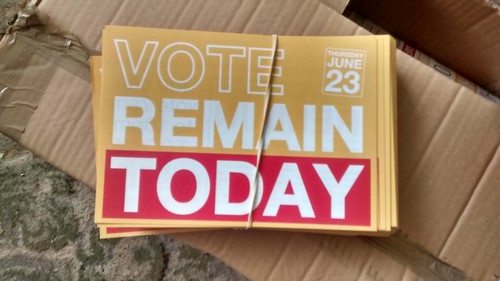 It's a lovely morning here in Gateshead. I've just finished feeding my livestock. Emails have been checked and where appropriate I've sent replies. Breakfast has just been consumed and I'm about to head down to Whickham to deliver some leaflets for the Lib Dem Remain campaign.

Don't forget to vote Remain by 10pm!
Posted by Jonathan Wallace at 8:48 AM No comments:

My Remain email to residents

In 7 hours the polls will open for the EU Referendum. To drum up support for the Remain campaign, I've emailed 2000 residents, encouraging them to vote to stay in the EU. You can read the email on this link.
Posted by Jonathan Wallace at 11:17 PM No comments: 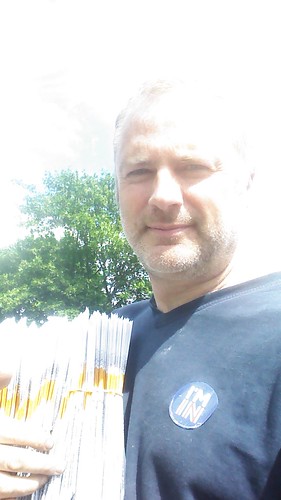 I was in London over the weekend to sort out some business so yesterday I was doing a bit of catch up in campaigning for the Lib Dem Remain campaign. I headed down to the Watergate Estate in Whickham to deliver 370 of our Focuses, which contain a call to vote Remain. Thankfully there are lots of terraces on the Estate so I was able to get it done in less than 2 hours. Alas, I had jokes from colleagues about delivering the Cornmoor Rd patch which in terms of numbers is one third the size. But as each house comes with its own very long drive, the time required to deliver the patch is substantial. And last night, due to the persuasive powers of Cllr Peter Maughan, I agreed to deliver the Cornmoor patch. The bundle of leaflets arrived this morning, along with a 2nd, for delivery in Dunston. I think I know what I'm doing this afternoon.
Posted by Jonathan Wallace at 11:07 AM No comments:

My Referendum email to Gateshead members 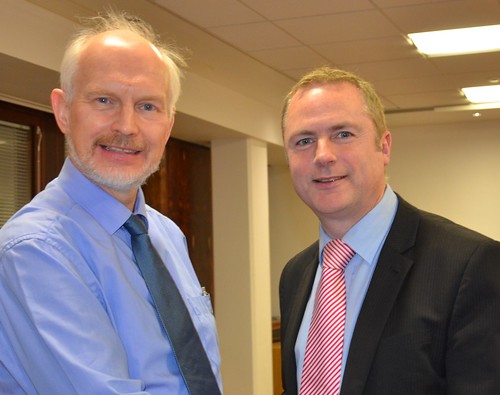 As we go into the final few days of the Referendum campaign, I've sent a joint email to Lib Dem members in Gateshead. In it local party chair Frank Hindle and I (pictured above) urge members to spread the word about the benefits of being in the EU and why Lib Dems believe the fundamental basic principles of international cooperation are right. You can read the email on this link.

Meanwhile, I'm about to head down to Whickham to deliver more Focuses with a message calling on people to vote Remain.

Posted by Jonathan Wallace at 10:11 AM No comments: 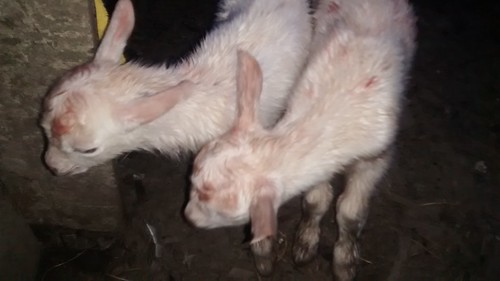 I was at the monthly meeting of Sunniside History Society last night when I got an urgent message to go to my goat paddock. One of our goats, Georgina, had gone into labour. 5 minutes later I was there. I popped back home, only 2 minutes walk away to call out the vet. By the time I returned, the first baby had already been born. By the time the vet arrived, the 2nd had been born. 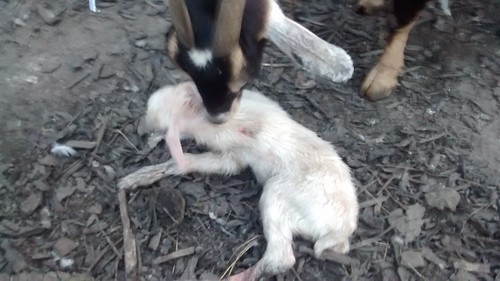 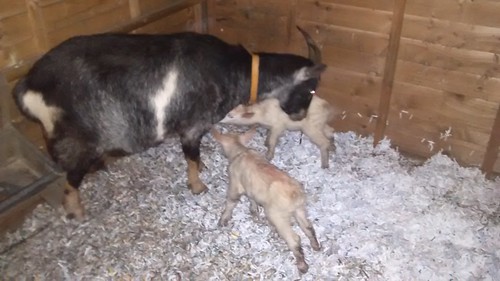 I checked on them at 4am and then again after 8am when I fed the animals. Mother and babies are doing well.
Posted by Jonathan Wallace at 9:25 AM No comments: 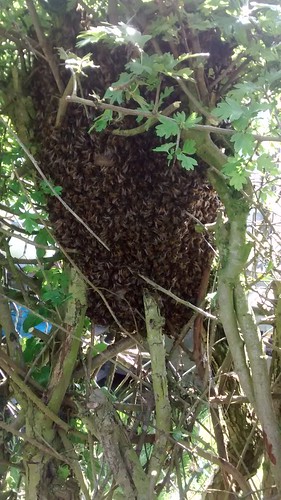 I was due to go to Whickham at 10am on Sunday morning to help in a planting day hosted by Planting Up Whickham. I was all ready to go and popped into my allotment to get some tools, only to find a swarm of bees in the hedge. I had to deal with it straight away, not an easy job given I have to cut the branches from around the swarm. By about 11am the swarm was in my swarm box. I could go late to the planting up session....except at that point I found a second swarm in our hedge.

My apologies to colleagues in Planting Up Whickham but I probably had the most original excuse for not attending. 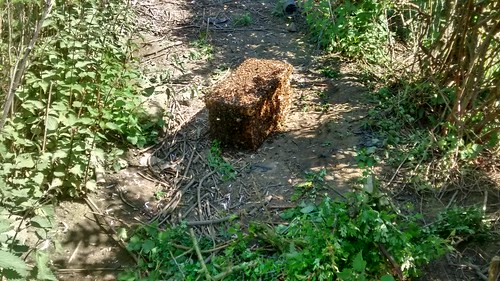 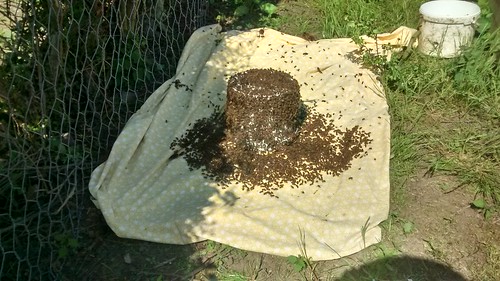 Posted by Jonathan Wallace at 10:14 AM No comments: 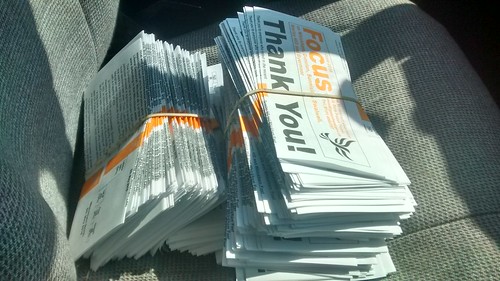 My colleagues in Whickham North ward kindly gave me three patches of our Thank You Focuses to deliver. So yesterday I was out on the Glebe and Rectory Estate, where my Dad lives, putting 400 Focuses through doors. The lead story was the thank you message. The back page is about Labour's calamitous decision to walk away from devolution and about the EU referendum. As the 3 stories are common to the 3 Whickham wards, we are doing this Focus as a common one across the whole area. Alas, last night, my ward colleague John McClurey arrived on my doorstep with 800 for me to deliver in our Whickham South and Sunniside ward. I know what I'll be doing over the next few days!
Posted by Jonathan Wallace at 9:47 AM No comments: