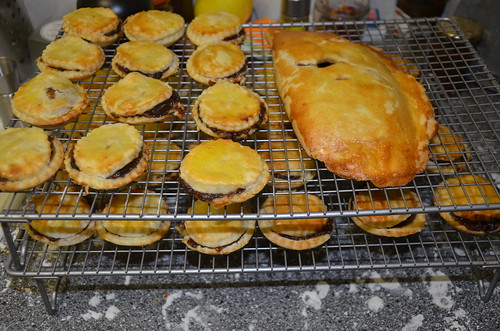 I suffered an attack of generosity this morning. Last night I made some sweet mince pies, using sweet mince meat I also made myself. At 9am today (after an early start feeding the poultry and goats), I had a meeting with Gateshead Council's Chief Exec and at 10am I was at cabinet. The mince pies were well received at both meetings. Only one Labour councillor at cabinet made a sneering comment. John McElroy said the biscuits that came with the tea and coffee "were better" though he did not sample the pies before making the comment. No pleasing some! His leader Mick Henry, however rather liked his. Looks ,like another Labour cabinet split.
Posted by Jonathan Wallace at 11:28 PM