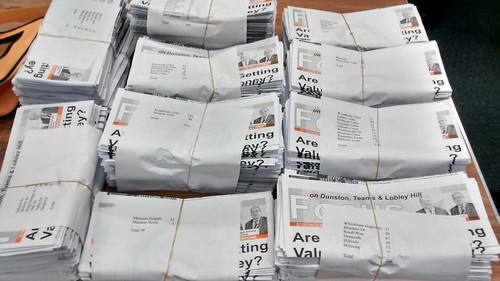 An action day in Dunston, Gateshead, today was not our original plan. We were meant to be piling into another ward but a technical hitch at the printers meant that the Focus for that ward was not ready in time. However, we had 5000 Focuses for Dunston, Lobley Hill and Teams to deliver so suddenly, we had a Dunston action day instead.

The priority was to deliver Dunston Hill (which is part of a ward we are defending next year). I delivered 400 in the morning. Some patches in Dunston Hill were taken by others for delivery later in the week. 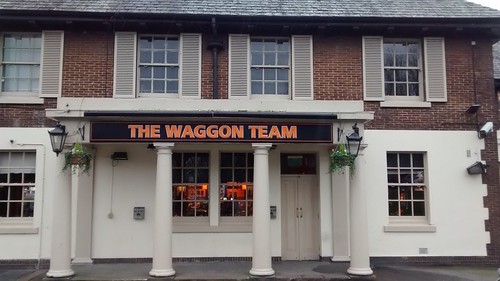 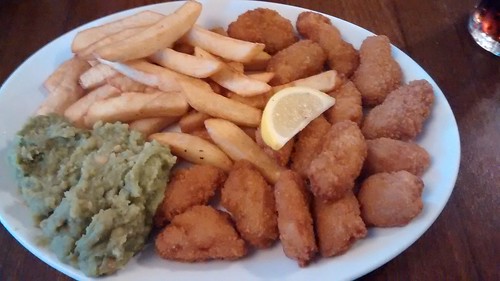 We then headed down to the Waggon Team for lunch, a rather slow affair as the meal took over 45 minutes to be served to us. At least we had time for sore feet to recover. 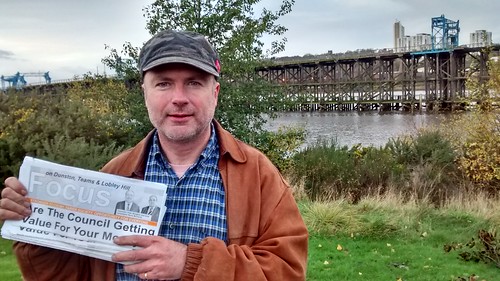 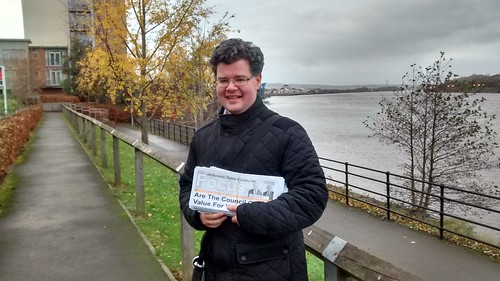 It was then time for a trip to the Dunston Staiths. Myself, Daniel Duggan (Chowdene) and Kevin McClurey (Dunston Hill and Whickham East) delivered the whole estate. 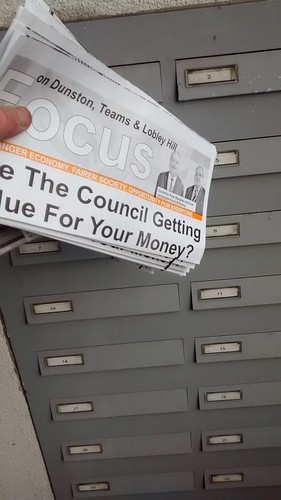 There are lots of flats at the Dunston Staiths - some of which are very easy to deliver!

Sadly, when I got home, I still had 50 Focuses to deliver in Sunniside. I did them between having a cup of tea and milking the goat. Who said life isn't varied?